Sometimes, you just have to use humor to lighten the mood, and I wanted to start on a lighter note because the rest of this blog post is going to be on very serious topics.

Originally, I had intended to make myself an academic website, since I am now officially a PhD Candidate and want people to see more than my Academia.edu page when they google me. But as I sat down to make this website, #ClassicsTwitter, of which I am a very active member, blew up with a case of the FARTs.

On April 27, an undergraduate tweeted that a famous classicist followed a lot of TERFs. [NB: I am intentionally not naming the famous classicist because she has gotten enough attention and also googles herself]. TERF, if you are not aware, is an acronym that stands for ‘Trans Exclusive Radical Feminist,’ and is a phrase often used about those who believe that your gender is tied to your genitals. It started as a neutral description, but many people (to whom the term would apply) now see it as a slur. To TERFs, trans women are just men trying to get into women’s bathrooms and trans men have betrayed themselves to the patriarchy. They reject that trans women are women, aim for the exclusion of trans women from women’s spaces, and oppose transgender rights legislation, all in the name of feminism. There are many problems with this stance. First of all, the bathroom paranoia is completely false, and even if what TERFs believe were true, a stance that marginalizes already marginalized individuals requires some rethinking. By reducing the definition of ‘woman’ to ‘uterus’ (or ‘biology’), these ‘feminists’ have set back feminism almost 50 years. Women are more than uteruses and ability to make babies, not to mention those who are incapable of reproducing for various reasons. In addition, it ignores the fact that science itself has proven that sex is not binary, and so many philosophers and feminists have argued that gender is a social construct. Plus, this whole argument is rooted in colonialism and completely ignores non-western and indigenous ideas about gender. To avoid offending anyone with a slur, from this point forward I will call these individuals by a more appropriate acronym: FART (Feminism Appropriating Reactionary Transphobes).

The famous classicist, when she found this tweet, retweeted it with “is there a problem here?” What should have been a simple affirmation or denial of her support of trans individuals turned into a two-daylong shitstorm of FARTs attacking not only trans and non-binary individuals, but also those supporting them. By attacking, I mean flooding their twitter DMs and inboxes with so much hate that many had to put their accounts on private in order to avoid any more harassment. All because one person didn’t see a problem with following individuals who advocate for the exclusion of others, and didn’t listen to her trans and non-binary followers who told them her support would mean the world to them. A sign of solidarity from a huge name in the field says a lot. Meanwhile, in addition to FART attacks, other established senior scholars seeing this play out on Twitter reacted in two ways: silence or statements in defense of the blatant refusal to interact with trans and non-binary followers trying to promote education about gender theory.

So what does this have to do with me, a Classics PhD student across the pond? Well, first of all, as I said before, I am on Twitter a lot. But more importantly, I am very concerned about the state of the field of Classics and how it is perceived by the world, and incidents like this tend to do more harm than imagined. Since last May, prompted by the conversations about race and racism that came up through the Black Lives Matter movement, members of Classics departments around the world have been putting efforts into diversifying their curricula. Focusing on DEIJ (Diversity, Equity, Inclusion, and Justice) principles, they are trying to change the narrative that Classics is a cishet white man’s field and move away from models that the Classics have an inherent value and a proper education is lacking if they are not included into one that aims to examine the lived reality of all in the ancient world. Often, this work is being done by individuals or groups of individuals working against, not with, department structures.

One thing that DEIJ work aims to do is to get instructors to realize how identity, both their own and that of their students, affects teaching and learning in the classroom. This past semester, I was lucky to be chosen to take Cornell’s certificate course in “Teaching and Learning in the Diverse Classroom” with a cohort of other Boston University graduate students. As a part of this course, participants spent two weeks thinking about identity. One exercise we did was to create ‘identity pie charts’ for ourselves. Here’s mine: 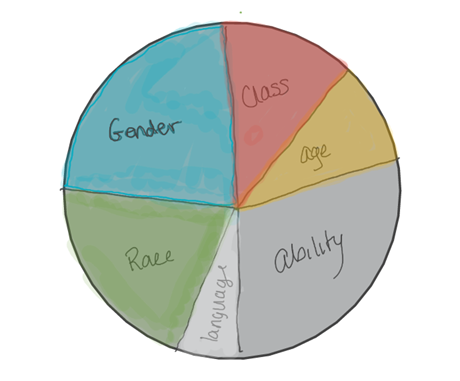 In making these charts, we were asked to assign relative value (via size) to the identities we found most important to us and then reflect: Which identities do we think students were most aware of? Do we think there is a difference between what is important to us and what our students might perceive and value? I plan on going into this more thoroughly in a later blog post, so for the sake of this one I will just say: everyone has their own identity pie chart, and you don’t necessarily know how your actions will be perceived by others as everyone’s social identity means they will react differently.

This is where the Twitter shitstorm comes back into play. In seeing no problem with the ideals of those she follows, refusing to take a public stance, and only seeing her identity as an older lady as important in this situation, the famous classicist in question immediately alienated so many people from the field of classics. In her defense of herself, she failed to realize how her position as a white person in a well-paid job with a huge public following both creates even more of a difference in power dynamics. And then the FART attack initiated by her followers showed them that clearly more people care about established older scholars than they do trans and non-binary individuals, reinforcing the dominance of whiteness, and age in the field of classics. That is not a Classics that I want to be part of.

And that is why I have chosen to start this blog with this topic. I am trying my hardest to save Classics and invite you to follow my journey. 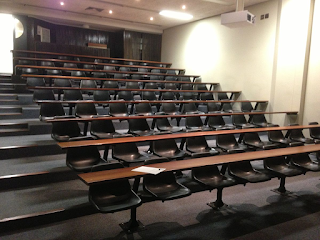